Brought to you by

Search for Homes In Your Area

What's Your Home Worth?

Find out how much your home is worth in today's market. Get a free market analysis of your home!

What's My Napa Home Worth?

Home Buyers! Discover How To Make Well-Informed Decisions When Buying a Home

Thanks for subscribing! Please check your email for further instructions.

Here are some events going on! 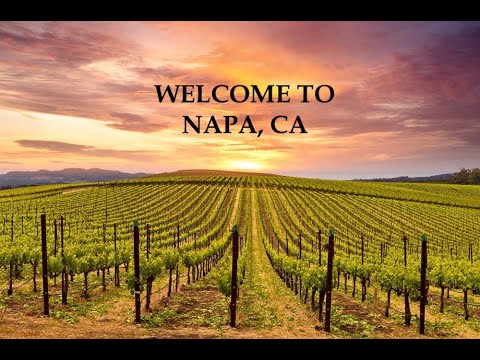 Our team at HomesIn.com are highly skilled at helping buyers in Napa find the newest and most relevant properties on the market. Regardless if you are in the market for renting or buying, condos or luxury real estate, you'll find the most successful team in Napa ready to assist you with all of your real estate needs.

Search for townhouses, single-family homes, properties in specific neighborhoods, or even vineyard property, and much, more using the HomesIn.com custom search options. Whatever it is you need from a property in Napa, you'll find it using our HomesIn.com resources.

If you're considering selling, or ready to make the move now, our team of resources can assist you through each step of the process. From offering you the best ways to sell quickly, to staging your home for highest dollar, all the way to making sure your title is clear for take off! Let us make the sale a memorable experience, while we also get you into your next home.

As an added bonus, the Homesin.com website provides easy to access school information, neighborhood statistics and much more. We are proud to offer everything you'll need through our website but the house keys!

Its earliest known inhabitants were the Patwin Native American tribe, of a population believed to have never exceeded 5000.

The Napa Valley was to later be explored by the first Europeans, Francis Castro and Father Jose Altimura in 1823. When settlers later arrived in the 1830s, there were 6 warring tribes, followed by a smallpox epidemic in 1838, and clashes with the settlers would greatly reduce this local population. By 1847, the town was founded on the Rancho Entre Napa land grant from Mexico.

The first commercial winery in the Napa Valley was opened by John Patchett in 1859. One of his winemakers, Charles Krug, would also found his own winery in St. Helena two years later, which later became the winery where Robert and Peter Mondavi's got their start. Robert eventually moved on to his own 'Robert Mondavi WInery', while Peter kept Charles Krug, and to this day can be seen meandering the property.

The population was to grow in the mid-century years as pioneers, prospectors, and entrepreneurs moved in and set up residence. As much as raising cattle and farming grain and fruit crops were the major economic activities of the settlers, silver mining also brought in substantial income to the new residents with large-scale mines running through the 1860s. Agriculture was diverse in nature in the county ranging from plumbs grown for Sunsweet prunes, to Walnuts and grapes. The current wine fame Napa Valley holds, started with the famous "French Competition" in the late 1970's, growing in popularity late in the 1990s when wine grapes became the primary focus. Over 90% of the agricultural land was vineyards but at the end of the 20th century, with modern-day farmers explored the raising of other food crops such as olives.

With film festivals, food festivals, music festivals, art festivals, and the inevitable wine festivals, the place is a befitting place to set up residence for wine, food and the epicurian-lifestyle individuals.

Buying, selling, renting or in need of property management solutions around the country, your first step is to contact Homesin.com We'll be able to help you find a perfect property to buy, share our marketing strategy on how we will sell your home, match your rental needs with a rental home or get you started with our property management division which provides solutions for all types of circumstances.